Yesterday, I’ve tweeted this regarding Kevin Hoctor leaving NoThirst Software for a new position at Apple:

Let it be clear to everyone, I wish Kevin all the best and I am convinced that his experience will be greatly beneficial for all the Mail and Notes users. And let’s face it, 99% of us dreamed at some point to work for Apple and would really have a hard time to turn down an offer if it came by.

However, it seems that more and more people I know are moving away from the indie life.

I will tell you this: I cannot blame them to do so and I find myself thinking about doing the same from time to time. Here’s why.

The Game Has Changed

Let’s face it, the app gold rush is well over. It is now much harder to make it into the market and it requires more planning, financial investment and time. On top of that, competition is fierce, your app may get sherlocked1 by Apple and become a part of the next OS release or may lose traction because a VC funded company is offering a free alternative and has near to unlimited funds for market it while they figure out how to monetize it.2

The App Store market is now mature and near 7 years old. Apple does bring a tonne of new potential customers every day but many from the current user base have found apps that suit their needs and may not be interested in your offering.

I have spoken with other successful developers and many told me the same: sales are generally down. They are still doing great but there are more and more competitors are also taking a slice of the same pie.

Media attention is also harder to get as they get overwhelmed with review requests and press releases.

Pretty much anyone will tell you that making a great app is a good start. I wholeheartedly agree but while this makes a lot of sense and is one of the best way to get noticed by the media and Apple, it is not a guarantee of success and riches.

Take Screens for Mac for example. It has been featured many times by Apple and recently even got a custom page on the Mac App Store 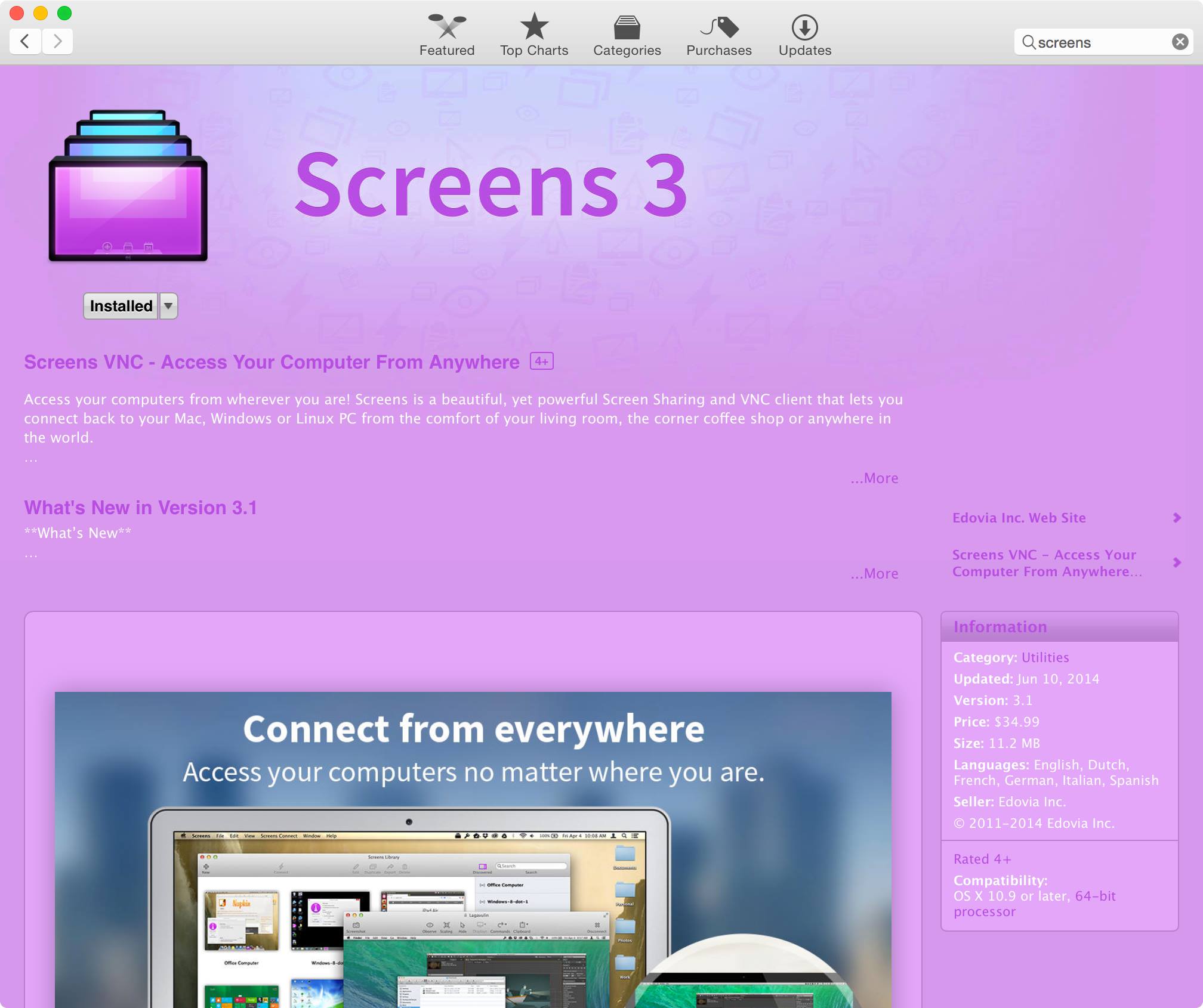 You would think that the VNC app that Apple seems to prefer should be pretty successful, right? Well, yes and no.

How about Screens for iOS, which got featured in the iOS App Store Utilities section for months? 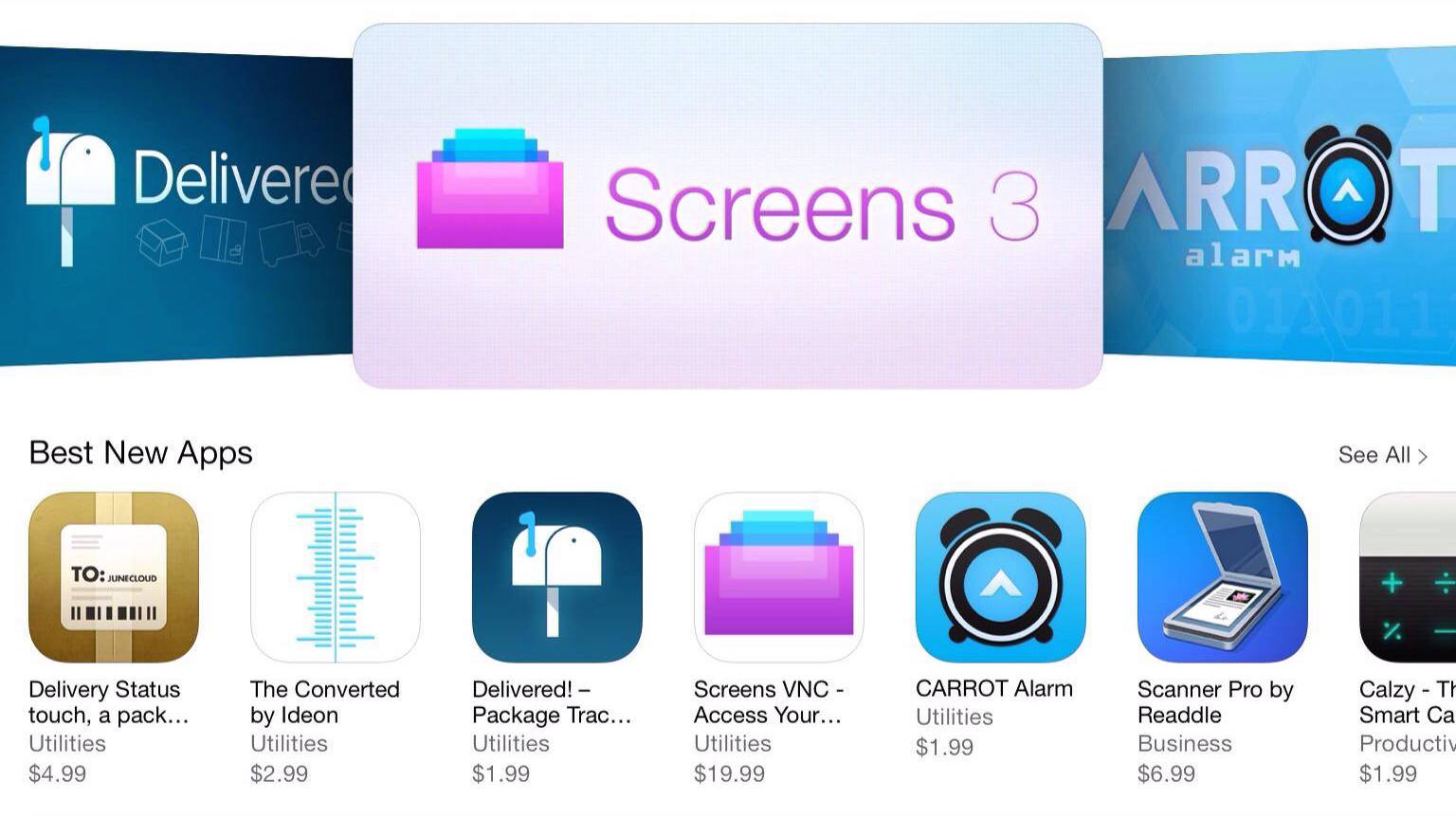 Sales are doing better than its Mac counterpart but not as much as you would imagine.3

To be quite honest, I can say that I am a successful independent app developer and making a pretty good living out of it. Unfortunately, it is far from being enough to hire a team, or at least one extra individual to work with. I do hire contractors from time to time and while I really appreciate their input and work, it is not the same as building a team.

This is one aspect that I find frustrating about the (my) indie life. Of course, I feel very fortunate about being able to make a living out of apps I’ve developed. I also appreciate the liberty that my lifestyle brings.

However, I sometimes miss working with people. Being able to brainstorm with fellow developers, plan features with them and challenge each other is something that I often wish for.

Craig Hockenberry spoke about this at NSConference 2013. His talk, Independent, But Not Alone is available on Vimeo and I invite you to watch it. I should probably watch it again myself!

Outside of the social events, it is pretty easy to feel isolated from others when you are an independent software developer and I totally understand when someone gets fed up with the situation and chooses to go work for another larger company.

Another great talk to watch is from Rob Rhyne, delivered at the conference I happen to organize with some friends in Montreal.

While listening Rob’s talk, a slide really caught my attention: 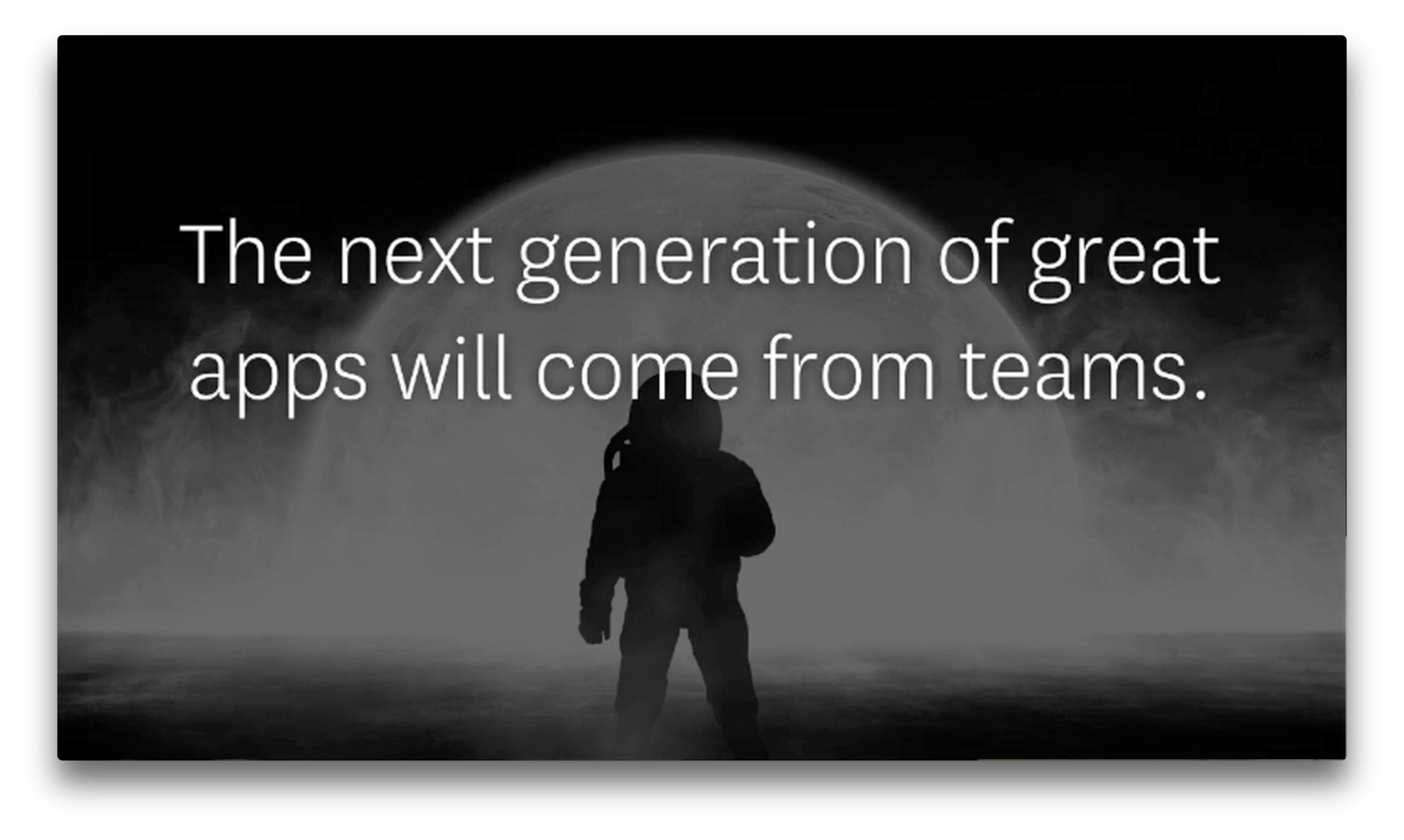 For an app such as Screens, this is quite true. Of course, if you’re working on a less complex app you can manage to do pretty well by yourself along with a graphic designer but for more complex projects, a team is something very valuable. A team will get more involved into the app on a daily basis than a contractor that is there only for a certain amount of time. The involvement level is (generally) not the same. A team is also composed of individuals that you get to know, hang around with and develop a complicity and a relationship.

I can also understand that someone would feel tired of a similar situation and would want to work with other talented people and decide to leave everything behind to pursue a new venture.

Being your own boss is great but also brings some other challenges:

Luckily, I’ve managed to control most of these aspects from the experience of being self-employed for almost 8 years. I have hired a support person and an accountant (both part-time) for anything else I cannot/will not handle.

Getting paycheck every two weeks, working with a team of talented people and being a part of exciting new projects sure is tempting. Yes, you would lose some of the perks you would have as an indie developer but no situation is perfect and sometimes a drastic change is what is prescribed. Considering other opportunities, even if you do not commit to them, is sane.

The Future Of Independent Development

I believe that we will see a consolidation of the market at some point. This reminds me of the early 1990s, where any kid with a few thousands of dollars could start his own snowboard company. Eventually, the market got saturated and many of those companies disappeared, got acquired or merged together in order to gather forces, improve their products and be more competitive. This is the normal process for any mature market.

Another trend we should see in the future is more collaboration and joint ventures amongst indie developers. By doing so, you get to work as a team, share the work load, bear the risks together and create better apps. I feel this approach would be very interesting because it would bring the best of both worlds: the freedom and perks of the indie life with the pleasure and experience of working with a team on projects you could not achieve on our own.

Of the two, this is the most interesting solution to me.

I’d love to hear what you think of this and how you see the future of independent software development. Thanks for reading.

1 Many people will say that this is actually a good thing if you can take advantage of the situation and offer something better over the default implementation.

2 This is why I tend to develop app for niche markets. Staying away from the mass market makes me sort of immune but of course there are some downsides.

3 Of course, the iOS App Store will outsell the Mac App Store any day so it is expected that sales will be better for iOS.

3 replies on “The Indie Life”